Once upon a time, I was a young real estate attorney in Jerusalem. This job was not my destiny and I had very little in common with my boss but I did learn a few things from him, as follows:

One habit I did not pick up from my boss was the afternoon nap, which he took in his office every day. Frankly after eating hummus with ground beef as your mid-day meal, you need a nap but, well, I lived too far from the office.

Pinati is now a chain in Israel but the original Pinati was a few blocks away from my office, at another corner of King George Street—which is how it got its name, since Pinati means “my corner.” I have tried to replicate the taste of that beef but these days, I try to eat less beef and have come up with a recipe with ground turkey. I’m not going to pretend that it tastes exactly like beef, but I recently discovered that a judicious amount of pomegranate molasses gives the turkey a meatier flavor and appearance. This is an easy recipe for a weeknight meal and you might not even need the nap. 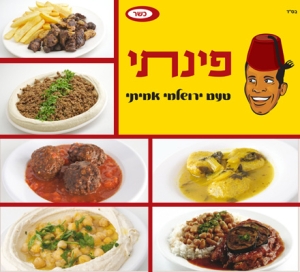 1 tablespoon pomegranate molasses (you might want more but taste carefully—different brands have different levels of viscocity and tartness and you don’t want to overdo this—although the hummus will mellow the tartness a bit).

Heat the oil in a large saucepan or chef’s pan. Add the ground turkey and stir so that you remove the lumps. Continue to let it brown on all sides, stirring occasionally s that you have cooked it almost all the way through.

Add spices and continue to cook.   Mix in pomegranate molasses so that the color coats all of the turkey.

Spread the hummus on a serving platter and then heap the cooked turkey on top. Serve with warm pita and pickles.

This can be a great appetizer or a week night dinner. If you want to make it with beef, follow the same recipe, eliminating the pomegranate molasses.

2 thoughts on “My corner”